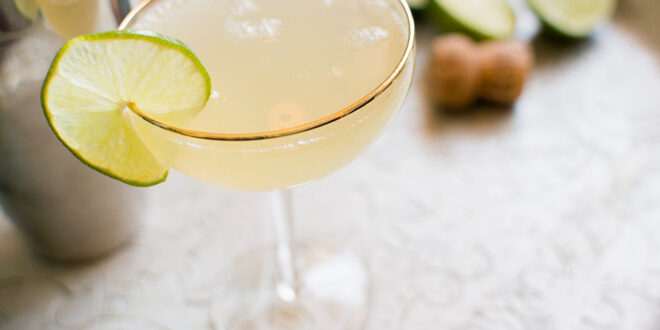 The best rums for a Daiquiri

Unlike many cocktail recipes, whose origins are debated or simply lost in the mists of time, the invention of the Daiquiri is well documented and undisputed. This deliciously simple mix of rum, lime juice and sugar was invented in Cuba by the American engineer Jennings Stockton Cox in 1898.

At the time Cox was living in the small harbour town of Daiquiri on the east coast of Cuba. As head of John D Rockerfeller’s Spanish-American Iron Company, he was overseeing local iron-ore mining operations in the area.

Like the other workers for the company, Cox received a monthly ration of Bacardí Carta Blanca rum, produced at a distillery in Santiago de Cuba, 45km away. According to Cox’s granddaughter, he mixed this with lime juice and sugar to serve to some American visitors when he ran out of gin.

Admittedly locals in the Caribbean had been drinking the same mix for as long as anyone could remember. But Cox was the first to write the recipe down: recording it in his personal diary. And he was the first to give it a name.

According to When it’s Cocktail Time in Cuba, written by Basil Woon in 1928, Cox used to meet other workers from the Daiquiri mines at the Venus bar in Santiago de Cuba at 8am each morning. The group would enjoy three or four of Cox’s rum-and-lime drinks every day.

‘One morning in the Venus bar, Cox said: “Boys, we’ve been drinking this delicious little drink for some time now, but we’ve never named it. Let’s christen it now!” The boys milled around a bit and finally Cox said: “I’ll tell you what lads – we all work at Daiquiri and we all drank this drink first there. Let’s call it a Daiquiri.”’ 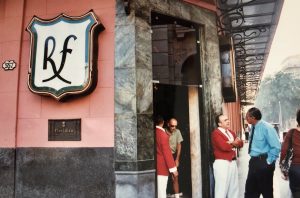 The Daiquiri was soon served in bars across Cuba, where bartenders in Havana refined the recipe, using cocktail shakers to mix the drink and serving it in a coupe glass. This ensured its popularity with drinkers seeking to avoid Prohibition in the US in the 1920s.

Meanwhile US navy doctor Lucius Johnson had taken the recipe back to the States, after drinking Daiquiris with Cox in Cuba. He introduced it to The Army and Navy Club in Washington DC in 1909, a date that’s commemorated on a plaque in the club’s Daiquiri Bar & Lounge to this day.

Later the Daiquiri also found a fan in author Ernest Hemingway, who first visited Cuba in 1928. He lived on the island, on and off, for 30 years and wrote some of his most famous novels there, including The Old Man and the Sea and For Whom the Bell Tolls.

Hemingway discovered the Daiquiri when he dropped into El Floridita bar in Havana to use the toilet. Head bartender Constantino Ribalaigua Vert served him the bar’s standard frozen Daiquiri. Hemingway commented: ‘That’s good but I prefer it without sugar and with double rum.’ From then on the bar served him the Hemingway Special Daiquiri or ‘Papa Doble’ – Papa was Hemingway’s nickname and his new cocktail was double the size of the original.

Later, when Antonio Meilan took over as head bartender at El Floridita, he adapted the recipe for a Hemingway Special, adding maraschino cherry liqueur and grapefruit juice (see below).

How to make a Daiquiri

Glass: Coupe
Garnish: Lime wedge
Method: Put the rum, lime juice and sugar syrup into a cocktail shaker. Half fill with ice and shake until your hands are cold. Strain into a chilled coupe, garnished with a lime wedge on the rim.

How to make a Hemingway Special Daiquiri

Glass: Coupe
Garnish: Lime wedge
Method: Put all of the ingredients into a cocktail shaker. Half fill with ice and shake until your hands are cold. Strain into a chilled coupe, garnished with a lime wedge on the rim.

Best rums for a Daiquiri

Bacardí is the original…