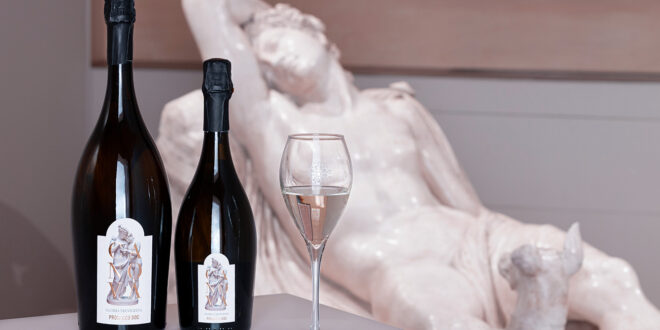 The Prosecco DOC is marking the bicentenary of the death of Antonio Canova (1757-1822), one of Italy’s most esteemed master sculptors, and paying tribute to his art with the release of the short film ‘Genius Moves the World’ and the production of a limited edition bottle dedicated to the exhibition ‘Canova Gloria Trevigiana’, now showing at the Balio Museum in Treviso.

‘Genius Moves the World’, directed by Carlo Guttadauro, tells the story of an exciting journey – the audience is transported to the second half of the eighteenth century to discover the places and ambiances in which Canova moved, imagined, contemplated and shaped matter into masterpieces.

The narrative comes to life through three protagonists: the young Antonio Canova played by Michele Piccolo, the statue of Hebe, embodied by Virna Toppi, first ballerina of La Scala Theater in Milan, and a cellarer of Prosecco DOC, personified by Andrea Offredi.Through their eyes we capture the simplicity of beauty, elevating the ordinary to work of art, in which harmony and love find their shape thanks to a man and his genius. The story’s common thread is marble, a shape-shifting material which, thanks to the experience, study and talent of the Canova, can be elevated to the sublime.

The special edition bottle completes the homage to Antonio Canova: made from the same marble carved by the sculptor, the winemaker finds the product of his labour in a unique bottle of Prosecco. A tribute to the history and poetry of Canova’s neoclassical art, depicting one of the emblematic works of the Amore e Psiche Stanti series, whose sinuous lines merge with the soft shapes of the Prosecco DOC bottle. It is also a tribute to the passion and effort of all the growers and winemakers that, through the generations, have carved the viticultural landscape of the lands of Prosecco, elevating the quality of their fruit to a drinkable work of art.

Balance, proportion and simplicity are found, in harmony, both in the art of Canova and in the essence of Prosecco DOC. This tribute draws this parallel, exalting the idea of sublime beauty as a journey from illusion to creation, where the hand that sculpts the marble is like the hand that works the vineyard.

For the Prosecco DOC it is an honour to recognise, in Antonio Canova, an Italian genius that can be celebrated. ‘We are honoured and proud to share the same Trevisan origins, humble but with immense potential, with the supreme Antonio Canova. […] the Maestro was able to exalt the beauty of simplicity in masterpieces appreciated all over the world. Today, as then, his works of rare elegance still constitute the emblem of supreme artistic and cultural expression, traceable to the extraordinarily fertile territory of Veneto, a generous land from every point of view,’ says Stefano Zanette, president of the Prosecco DOC Consorzio, Stefano Zanette.

The tale of a genius shaped ideas that revolutionised the world. This same genius inspires, every day, the important work of research and development of the passionate winemaking artists of the Prosecco DOC territory. A meeting of natural forms and ideal beauty, sculpted in the contemporary collective imagination and belonging to ancestral knowledge. Enjoy it in each glass. 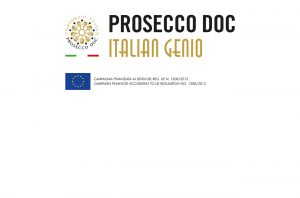 
Source : https://www.decanter.com/sponsored/prosecco-doc-pays-tribute-to-antonio-canova-486086/
Share
Previous The best rums for a Daiquiri
Next The rise of California Cabernet Franc plus 20 top wines worth seeking out