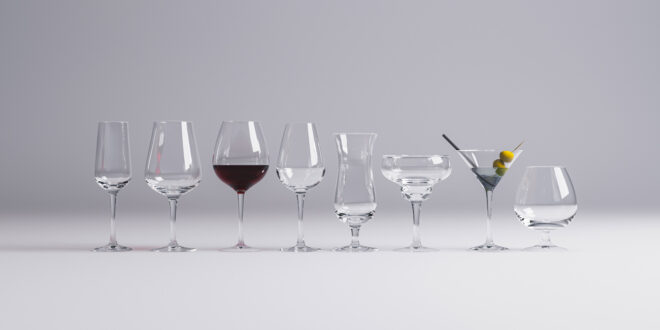 The researchers conducted a crossover trial featuring 217 UK households that drink wine on a regular basis. They were randomly given 290ml or 350ml glasses to drink from during the four-week study period. Researchers noted that wine consumption fell by 6.5% when those featured in the study were drinking from the smaller glasses.

Wine consumption fell by 3.6% when half bottles were used as opposed to 75cl bottles. The researchers said that decline was negligible.

‘Using 290ml vs. 350ml glasses may reduce consumption,’ concluded the study, which was published in the Addiction journal. ‘It is unclear whether using 37.5cl vs. 75cl bottles reduces consumption.’ It added that ‘neither of these effects were statistically significant’.

The researchers said that the findings are in keeping with existing evidence on the impact of glass sizes in the hospitality sector.

A recent study, also published in Addiction, found that wine served in larger glasses increased the volume consumed in restaurants, but not in bars.

However, the researchers admitted that their study had several limitations. It did not factor in consumption of other alcoholic beverages, and the data was also mainly collected when bars and restaurants were closed during the Covid-19 lockdown lockdown.

They said further research will be required to draw any firm conclusions. ‘If the effects of wine glass size on consumption are proved reliable with effects sustained over time, reducing the size of wine glasses used in homes could contribute to policies for reducing alcohol consumption,’ said the researchers.

They suggested ‘pricing glasses according to capacity’, which could increase demand for smaller glasses, and potentially regulating glass size and serving size in restaurants and bars.