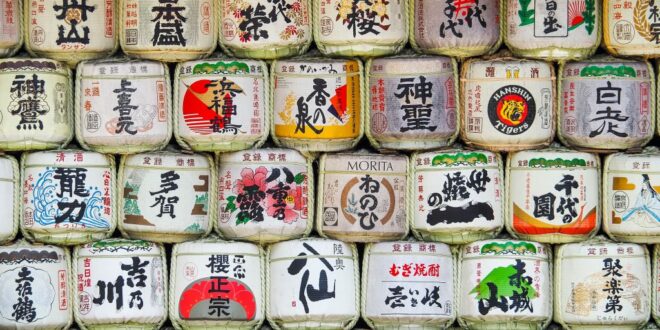 Japan has given many things to the world that I cherish, but few of them have an unofficial holiday that gives me the excuse to celebrate them. Every October first, along with sake lovers all over Japan and around the world, I get to observe Nihonshu no Hi, also known as Sake Day.

Like wine, no one knows exactly when sake first made an appearance on this planet. In a similar fashion to grape wine, the knowledge that fermented rice eventually yields an alcoholic beverage was probably discovered in accidental and then later deliberate stages, as innovative and curious folks explored ways of getting drunk. Ah, human ingenuity.

Sake production and demand peaked in Japan around the mid-19th century when a law was passed allowing anyone to become a brewer. As many as 30,000 breweries were opened in the year of the law’s passing, though that number dwindled as taxes on sake and its raw materials increased through the end of that century.

Despite not being anywhere near its 19th century production levels, sake is seeing a significant rise in interest outside of Japan (and sadly a decline in interest within Japan). More and more excellent sake is leaving Japan and making its way abroad.

All of this means that in early October you’ll not only have something to celebrate but, some really good stuff to celebrate with, should you care to partake in the annual Sake Day celebration put on by San Francisco’s own True Sake store.

Sake Day is an opportunity to taste a wide assortment of sake, something that is rarely available to do for most non-professionals. And you can do some good in the process. All ticket proceeds go to supporting the Japanese Cultural and Community Center of Northern California.

This event sells out every single year, and often well in advance, so purchase your tickets soon. None will be available at the door. We’ve already missed the early bird pricing, so now tickets will run you $100 for the event.

For those interested in tasting a lot of sakes at the event, I recommend bringing your own spit cup or water bottle to spit into, as spittoons are traditionally not offered at sake tastings, for reasons that I don’t understand but which probably have to do with tradition.

Photo of sake casks by Nicki Eliza Schinow on Unsplash