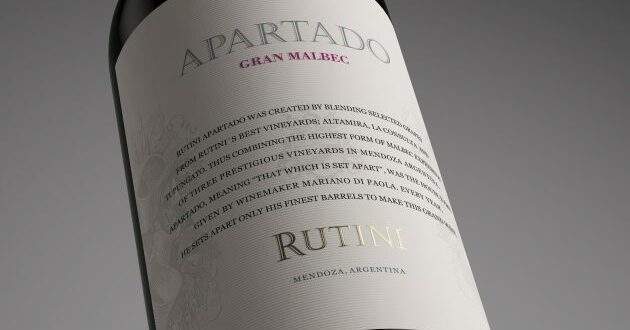 As one of the New World’s most iconic wineries, Rutini has become synonymous with sophisticated Argentinian Malbecs. 137 years after its founding, the winery maintains the commitment to excellence and innovation that Felipe Rutini established as his core values.

Ever since Mariano Di Paola was appointed Chief Winemaker in 1993, his creations have made Rutini Wines a leading light among Argentina’s high end producers.

True to the enterprising spirit of the house’s founder, Di Paola has worked continuously to produce ever better wines for Rutini’s followers, his efforts resulting in the release of a number of memorable labels.

‘In 1997 I secretly started working on the creation of a special wine for the new millennium, selecting the best barrels from that vintage in order to make a unique, unrepeatable blend,’ says Di Paola. ‘I combined Cabernet Sauvignon, Merlot, Malbec and Syrah and, during the ageing process, I shared it with the owners. They immediately realised how special it was and told me to set it aside.’ The wine was thus named APARTADO (‘Apartar’ is the Spanish for ‘set aside’) – every year since, Di Paola selects the best barrels for his Apartado Gran Corte, first released in 1999. 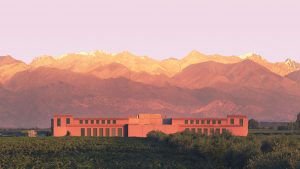 It wasn’t until 2002 that Di Paola decided to make the first Apartado Gran Malbec, “When our vineyard in Gualtallary, Uco Valley, was ten years old I realised that the Malbec vines were producing exceptional quality. We decided to blend those grapes with fruit hailing from our hundred-year-old vineyard in La Consulta to make a Malbec unlike anything we’d made before.’  The result was a wine that elegantly combines the intensity of the young vines of Gualtallary with the structure and harmony of their much older peers from La Consulta. Its launch, in 2004, was a watershed moment for Argentinian Malbec: ‘Apartado Gran Malbec helped us earn the trust of our most demanding consumers, proving that Malbec has the potential to produce exceptional and age worthy wines.’

On his quest to meet the expectations of Rutini’s customers, Di Paola has continued to explore different vineyards and regions. Apartado Gran Malbec 2017 is a blend of Malbec grapes from Gualtallary, La Consulta and El Cepillo, aged for 18 months in French barrels. ‘We’re always striving to create a more precise expression of Uco Valley Malbec, one that embodies the freshness, potential and complexity of mountain vineyards while maintaining the elegance that the public expects from Rutini Wines.’

Twenty years after the initial success of Apartado Gran Malbec, Rutini Wines now has four other exclusive labels that reflect the winery’s well-established place in the fine wines market and also Mariano Di Paola’s determination to excel. ‘Our Apartado wines continue to surprise us. They’re sought after, year on year, by consumers from all across the world,’  he says proudly. ‘Which is why in 2007 we added a Chardonnay, in 2010 a Cabernet Sauvignon and in 2016, in collaboration  with my son Nani, a Nature sparkling wine.’ 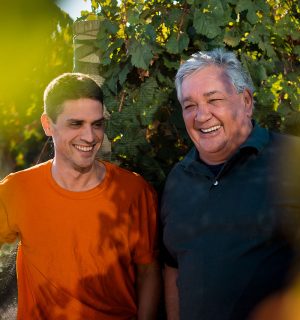 Prosecco At its Finest: Highlights From My Recent Trip