Biden is clearly the frontrunner—and deserves to be

Joe Biden is conducting a really smart
campaign. He was the last major candidate in; his timing was perfect; he did
not want to peak too early. He’s been sparing in his public appearances and
press availability, a good thing given his tendency for gaffes, and the fact
that he needed to find his footing and develop talking points before jumping
into the melée.

He’s now found that footing and those talking
points, and his commanding lead in the polls proves that Democratic voters like
what they see. The smartest thing he’s doing is to make this election all about
Trump. The other candidates are getting lost in the tall weeds of issues:
healthcare, immigration, climate change, foreign policy, marijuana. Not Biden; his
overriding message resonates: Trump’s utter lack of moral fitness. The other
candidates have to focus on specific issues, in order to differentiate
themselves from the pack and prove to skeptical voters they have chops. Not
Biden. Everybody knows he knows the issues: he was a Senator for decades, and
then the Vice President for Barack Obama’s two terms—and Obama remains wildly
popular, not just among Democrats but Independents, the most important group
Biden must court. Since voters assume Biden understands every issue, he’s free
to devote himself to the one thing that matters: taking Trump on.

His speech yesterday was masterful. Joe Biden has
an impeccable record in politics and in his personal life. He’s never been in a
scandal. His reputation for uprightness has survived since his first election
victory. His personal story—unlike Trump’s sordid one—arouses sympathy and
admiration. There is not a thing Trump or the Republican attack machine can smear
him with. Trump can insult him by calling him old or tired or lazy, but it does
no good; Trump insults everybody; the voters see it for what it is: the cranky
reflex of an angry, bitter man. Biden’s reputation for integrity,
for—yes—family values is rock-solid. More than any other Democratic candidate,
Biden is entitled to call out Trump’s indecency, and to do so with power. The
public has been primed to regard Trump as a pig—by none other than Trump
himself. It’s all too easy for Biden to step happily into that role.

And, yesterday, did he ever! In his Iowa address, he played Trump’s greatest hits of hatred: Mexicans as “rapists and criminals,” “Shoot them,” “rat-infested” Baltimore, “Send her back!,” “invasion,” “animals,” “caravans,” “I am a nationalist,” “Go back”…Americans have heard it all, and been repelled, frightened and disgusted by it. Biden’s job is to remind voters of their disgust; he is doing it perfectly. It was a great speech, delivered by a man not known for great oratory, but so passionate, so sincere, so scathing, you had to be touched, amazed and—if you doubted Biden’s fighting powers–reassured. And if you were Trump, you had to be scared, especially in view of his latest dismal polling numbers in the Midwest.

I’m still prepared to vote for whomever the
eventual Democratic nominee is, and I hope you are, too. Right now, it looks
like it will be Biden—and that’s fine with me. He’ll run a strong campaign.
He’ll have the most popular person in America, Barack Obama, right beside him,
with support from the most popular woman in America, Michelle Obama. If the
election were held today, Biden would easily win at least 300 electoral votes.
And then (with due credit to Kirsten Gillibrand), we can Clorox out the White
House and begin a new era of clean, responsible and respectable government in
America. 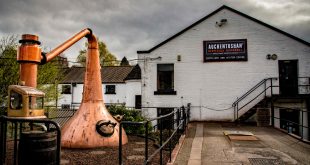 Exploring Whisky Series: Inside the Lowlands 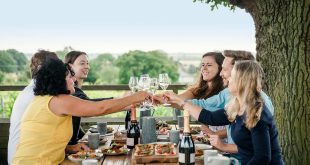